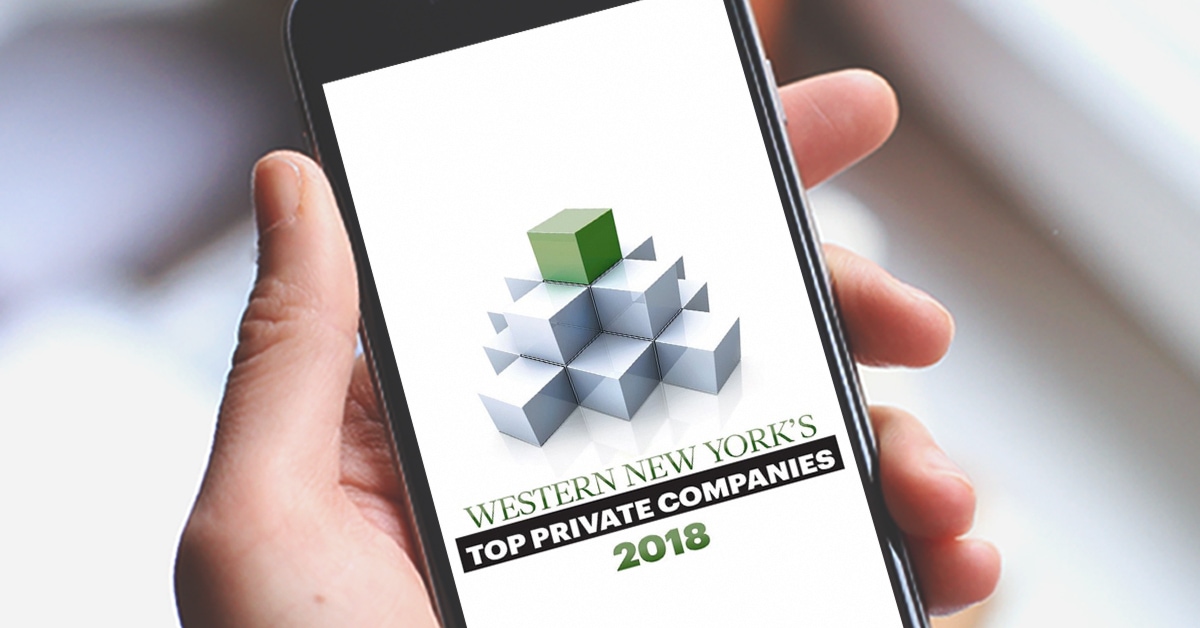 TMG is proud to announce its recognition by Buffalo Business First as one of WNY’s 2018 Top Private Companies. The list honors 66 of the region’s top privately-held companies with revenues of at least $5 million beginning in 2016. The Martin Group was previously named to the list in 2011 and 2014 through 2017.

The 66 companies on the 2018 list brought in a combined $12.6 billion dollars in 2017 and employ more than 13,000 Western New Yorkers. To qualify for the list, privately held, for-profit companies have to submit their financial information for third-party verification by Dopkins & Co. LLP. Majority ownership must be in Western New York, and the company has to have been in operation at least two years.

About The Martin Group

The Martin Group is a leading integrated communications firm headquartered in downtown Buffalo with offices in Rochester and Albany, N.Y. The firm works with best-in-class organizations ranging from small businesses to global enterprises and has extensive experience in several categories, including sports, health care, financial services, food and beverage, education, professional services and nonprofits. In 2017, The Martin Group was named one of WNY’s Top Private Companies for the third consecutive year, and in 2016 was recognized as the 2nd Fastest Growing Company in WNY by Buffalo Business First. For more information, visit http://www.martingroup.co/.