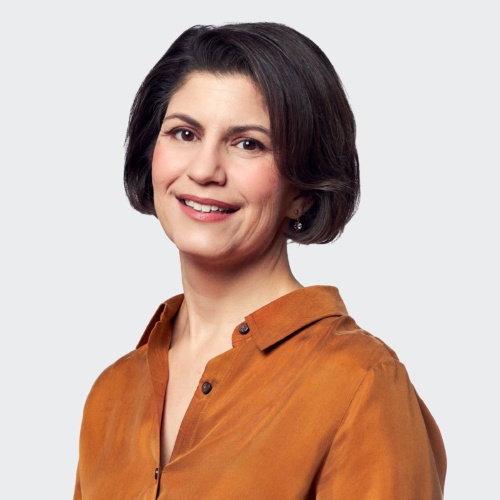 The Spartan brand is synonymous with toughness – both physical and mental. Christine De La Rosa brings her own strengths and mental toughness to her role as Head of Media for the international endurance and lifestyle brand. The Martin Group’s public relations team has worked with Spartan on earned media opportunities to promote the brand.

1. While women are often a minority in sports spaces, that doesn’t seem to be the case in endurance sports. Why do you think that is? Is there something welcoming about endurance sports for women?

This is something that stood out to me when I joined Spartan four years ago. I’ve worked in sports my entire career but when I joined Spartan, I was so surprised to see that the split between women and men that participate in races was 40% women, 60% men and it’s remained around there year after year. For Spartan races specifically, I think it has to do with the way races are set up. The races are a pretty even playing field for men and women. Everyone runs the same course which I feel makes it very inclusive. In terms of endurance sports, I think the accessibility of it makes it easy for anyone to try it. I also think endurance sports are easy to recognize an impressive time or accomplishment where it’s not the same for other sports. A lot of people run or know how fast they can run a certain distance. Hearing that someone, man or woman, did it in a certain time allows for more people to recognize the feat. I’m definitely not an endurance athlete by any means, so I’m sure Spartans out there have a much better idea of why the split is almost 50/50 but this is just what I perceived being involved with other sports my entire life.

2. What challenges have you faced as a woman in a sports/sports-related career and how have you approached them?

The biggest challenge when I started in the sports world was having to work harder to not just have a seat at the table but to make sure my voice was heard and valued. It took a while, but once I realized that my ideas, questions and opinions were valid, I was able to secure that “seat” and gain a lot of confidence in myself. I think a lot of times I was standing in my own way because of the limits I thought I had or because I wasn’t sure if I belonged in the conversation. I was focused on what people were going to think if I spoke up or worried they would laugh at my idea. But the more I spoke up, the more I noticed how positively people responded. I grew a lot once I realized that my voice was important and I hope more women realize the same sooner than I did.

3. What do you hope to see from women’s sports in the future?

Progress. We’ve come a long way in regards to a lot of issues in women’s sports but there’s still so much more to fight for. It would be naive of me to think that the future is completely even for men and women in sports because we are different and require different things. But it’s not naive to see a future where there is equal pay between men and women who are professional athletes or have careers in sports. It’s not naïve to see a future with equal representation and diversity at all levels of business and across marketing materials. I see a future where we have normalized conversations around things like periods, pregnancy, and maternity leave to name a few. My hope for women’s sports in the future is to simply be recognized for our talents. Not because we stand out for being a talented woman, but simply because we’re talented.

4. Who are some female athletes/business leaders we should be following?

There’s a new media and commerce company called Togethxr (IG: @togethxr) that was founded by four of the greatest (and most badass) athletes: Alex Morgan, Chloe Kim, Sue Bird, and Simone Manuel. They are a great account to follow to stay up to date with anything that intersects lifestyle, culture and sport.

5. What project are you working on now (career or personal) that has you most excited?

Career-wise, I’m working on a really fun Spartan fitness show where our host, American Ninja Warrior and all-around awesome guy, Grant McCartney travels around and hangs with really cool people. He jumps into a day-in-the-life of the guest and then challenges them to a Spartan race the next day. The guests range from professional skateboarders, to Olympic gymnasts, UFC fighters, rappers. It’s been really fun to bring that one to life!

The personal project I’m excited about has nothing to do with filming or directing, and everything to do with family. I have a 2-year-old son and my husband and I want to continue to grow our family. Learning how to balance work and home life has been tough but it’s a project I work on every single day as I figure out how to navigate being a mom first while continuing to do what I love at work.