At The Martin Group, great ideas and results really are a group effort. They come from remarkably talented individuals that we form into equally remarkable teams. Meet Mike Farrell, Senior Manager of Content and Social Media, and Pat Sandora-Nastyn, Senior Brand Manager, as these two new additions to our team dive into their experiences at The Martin Group since joining. 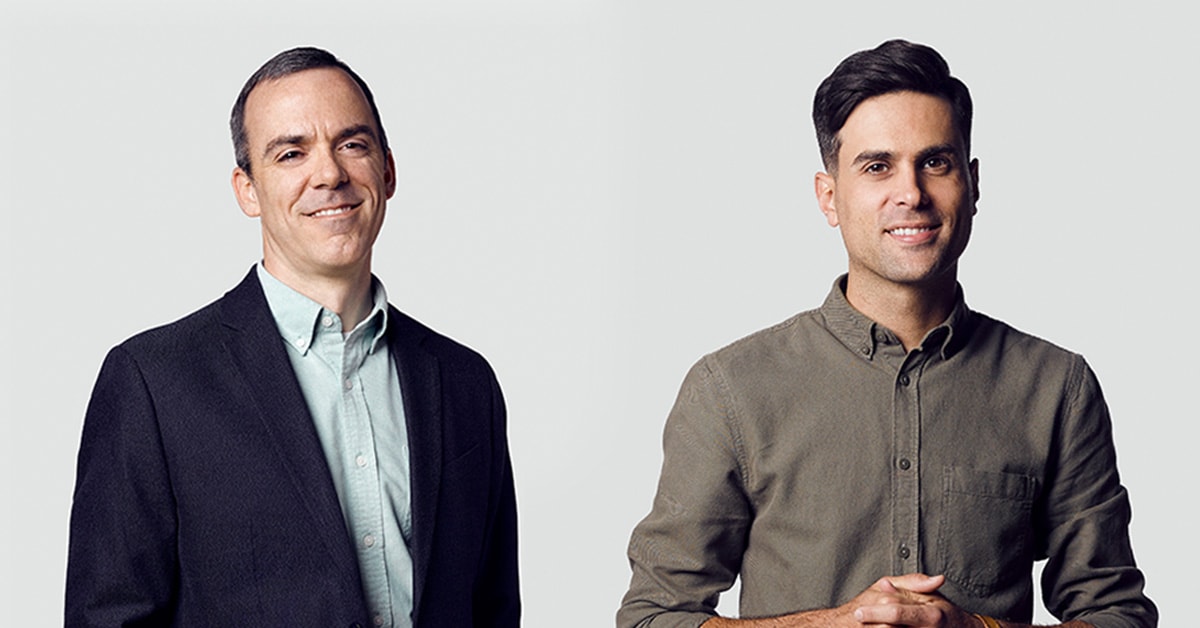 How did you first learn about or get connected with The Martin Group?

Mike: I’ve been familiar with The Martin Group’s work for years, whether as a Buffalo resident or in my role as a local writer. I’d been hoping that an opportunity to match my multifaceted writing experience with agency work would arise. Thankfully, the agency’s needs within its sports vertical, educational clients, and other Buffalo-centric topics made my experience a good fit, so I joined the team at the end of April.

Pat: The Martin Group popped up on my radar when I moved to Buffalo from New York City in 2014. A few professional contacts of mine have joined this firm over the last few years and when I heard they were bringing on a new brand manager I knew the opportunity and timing were right.

As relatively new team members, what has been the favorite, most interesting or surprising project you’ve worked on at The Martin Group?

Mike: The ongoing work with Under Armour (UA) continues to be my favorite. I worked as a sports reporter in Boston for seven years, but got burned out toward the end of my run. Working with UA has given me the chance to assign my sports-writing skills in a different way, and it’s always interesting.

What was your first-ever job?

Pat: I worked at a video store throughout high school and the beginning of college, and it was the greatest. I got to build up an encyclopedic knowledge of movies, watch technology go from VHS to DVD, learn how to carry 30 tapes with one arm while putting them back on the shelves with the other, and stay firm in charging late fees to customers who were 100% sure they didn’t return their movies after they were due. You?

Mike: I had a paper route when I was 11, delivering The Buffalo News. All four kids in my family had paper routes, so we each experienced the dread of trudging through snow piles to get people their papers on time. Also, this trauma made it extra special when I began writing for the News in 2013. Brought everything full circle.

You both spent time working for NBC at 30 Rock in New York City. Do you have a favorite memory from your time there?

Mike: I have many. I was an intern at Late Night with Conan O’Brien, where I performed a variety of oddball tasks, whether drawing mock artwork for a sketch or fetching things for celebrities. One day, I was asked to find a replacement screw for one that had fell out of Flava Flav of Public Enemy’s famous clock. I—along with two other interns—grabbed the clock, found a camera, then went into the prop room and took turns wearing it. I still have a pic of me and one other intern posing with the ridiculous accessory.

Pat: One of my favorite memories involves Late Night, too. I was an NBC Page, manning the audience before a taping. A very disheveled-looking man approached me saying he needed to “go to Conan.” There are often people who try to finagle their way into the studio without a ticket so I politely directed him elsewhere. Minutes later, a staffer ran up to me saying she couldn’t find John Malkovich—that night’s guest—who I had just inadvertently told to kick rocks. Oops!

Pat, you and your husband have a well-known YouTube presence in Buffalo and elsewhere. How did that get started?

Pat: When Billy and I got engaged in 2012, we looked online to find other same-sex couples who were going through the process and didn’t see many others out there. We figured we couldn’t be the only ones looking for that content, so we decided to start making videos to share our journey. It kind of took off, so we’ve continued to make videos about our relationship, our move to Buffalo, buying and fixing up our first house, and our ever-growing garden.

Mike, how do you spend your free time?

Mike: I still do a lot of work as a freelance writer for local publications, covering nightlife, music, and general local action for The Buffalo News, Buffalo Magazine, and others. This takes up a lot of my free time. Aside from that, I like to hang with my wife, Christina, and two young children, Rory and Rosalie; watch a lot of Red Sox baseball and Buffalo Bills football; take in as much live music as I can; try to fit in a run or other exercise; and try not to go insane while enjoying any of the aforementioned.

If you were going to bust out of Buffalo for a bit, where would you want to go?

Mike: Ireland. Maybe a boring answer for a stereotypical Irish American, but I’ve been there twice for two really special experiences—one time to roam around by myself and with friends; the other with family for my sister’s wedding—and I’d love to go back every year if I could. Of all the places I’ve been, nothing compares to its music, scenery, history, or idyllic pub scene.

Pat: Ireland is lovely. I like exploring European cities that I don’t know much about, so I’d love to visit places like Copenhagen, Ljubljana or Porto.

OK, two truths and a lie.

Pat: I had coffee with Christine Baranski. I shot a video with Miss Piggy. I Skyped with Oprah.

What would you say are the three most-used apps on your phone?

Pat: Spotify and Pandora? Interesting. Mine would be Spotify, Instagram and Google Keep, which is where I keep all my task lists and inspiration for projects I’ll probably never get around to doing.

Mike: See Marco’s “Chairman of the Board.” They’re goddamn magicians with turkey and hot peppers.

Pat: Plain, New York-style with crispy crust you can fold in half to eat. My personal mantra is, “Every pizza is a personal pizza if you try hard and believe in yourself.”