2021 In Review: The State of Higher Education 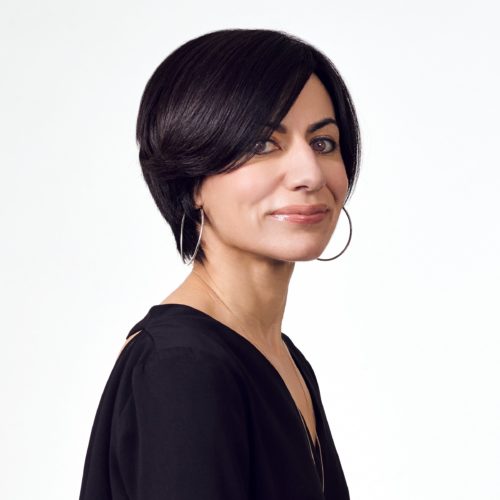 As is the case with so many aspects of American life, 2021 has been a year of monumental change. From rising inflation to unprecedented labor shortages, from approval and distribution of the lifesaving COVID-19 vaccine to seismic shifts in our political landscape, we have been on a bumpy roller coaster ride. For those in higher education, the ride seems to have no endpoint.

Beginning in 2012, enrollment at U.S. colleges and universities has steadily declined.  The onset of the pandemic in spring of 2020 accelerated this trend. By the fall of 2020, enrollment fell by 3.4%, and dropped another 3.2% in fall of 2021, according to research from the National Student Clearinghouse Research Center.

This trend is further evident among international students. While there has been a gradual decline in this student population at U.S. colleges and universities since 2016 — in large part due to the US’s unwelcoming political climate and immigration policies — the pandemic plunged international student enrollment by a whopping 43% for the class of 2020.  This represents billions in lost revenue for the institutions and their respective communities.

If these preliminary numbers hold up, the last two years of undergrad decline, totaling more than 6%, would be the largest two-year decrease in at least half a century. This has college administrators and enrollment management personnel scrambling to chart a course in uncertain waters.

And at community colleges across the county, the situation is even more worrisome, as this choice has traditionally served marginalized groups not well-represented in 4-year institutions, such as people of color, non-traditional students, first-generation students, and students from impoverished communities. With a 10% drop from fall 2019 to fall 2020, the impact of this decline may be long-lasting and far-reaching.

Typically, when the economy is doing poorly, enrollment increases, particularly at community colleges. But as the job market improves, students often leave college to join the workforce. During the pandemic, this didn’t happen. Instead, there are two parallel dips – both in enrollment and in workforce participation. When more students are thrown off the college path, society at-large absorbs the negative impact. Social mobility, family instability, community health, and a dearth in the skilled workforce from which employers can choose are just some of the effects of this cycle.

In the wake of the pandemic, most schools instituted a test-optional policy that extended to applicants for fall 2020 and 2021 admissions cycles. While a growing number of competitive and even elite colleges and universities had gone test-optional years ago, test-optional policies are no longer a novel point of differentiation. The pandemic has been the tipping point in this long-standing debate over the legitimacy of standardized tests as a measure of college readiness. In 2020 and 2021, hundreds of thousands of prospective college applicants were shut out from the possibility of using test scores to compete for admittance. And yet, admissions teams across the country were able to craft a class and fill their quotas by leaning into a “holistic” application review process.

While the question of equitable access not only to the tests themselves but to costly test-prep and high-quality secondary schools continues to be debated, the movement to delegitimize standardized tests as an admissions criterion has gained traction, as proponents argue the inherent inequities in the system that favor white, upper-middle class students. One of the consequences of this change has been a dramatic uptick in the number of applications received at selective and elite colleges and universities, further feeding the cycle of driving acceptance rates down, leading applicants to cast an even wider net to secure admittance. It will be interesting to see how this story evolves over the coming admissions cycles, as the issue is viewed against the backdrop of our current social, racial, and economic reckoning.

As both a reflection of the socio-political changes afoot and to do more than give lip service to their respective commitments to diversity, equity, and inclusion initiatives sweeping campuses nationwide, a small but growing cadre of elite institutions are ending their legacy admissions practices. In November 2021, Amherst College, a private liberal arts school in Massachusetts, joined the Massachusetts Institute of Technology, Johns Hopkins University, and the California Institute of Technology in the handful of highly selective schools that have eliminated legacy admissions programs. According to a recent Wall Street Journal report, 56% of the nation’s top 250 institutions consider legacy in their admissions process. That’s a decline from 63% in 2004.

Legacy preferences are commonly used at prestigious private universities to award an admissions advantage to the children and grandchildren of alumni, who are often donors. Historically, those universities have made the case that doing so helps encourage donations that can be used to furnish scholarships for students who need them. The unvarnished truth, however, is that legacy admissions dating back to the 1920s was a “quota” tool used to prevent Jewish, minority, and immigrant students from gaining admittance to these very same institutions. According to a 2018 survey from Inside Higher Ed, 42% of admissions directors at private colleges and universities included legacy status as a factor in admissions, with close to 6% of public institutions doing the same.

In the past 18 months, fueled by the pandemic and the long reach of its negative impact on mental and physical health, colleges and universities are doubling down on their student wellness focus. With a widespread increase in mental illness among college students, including greater incidence of anxiety, depression, bi-polar disorder, psychosis, suicide and more, experts agree that a comprehensive wellness strategy and resources are more important than ever before.

From additional support through campus health centers and counseling offices, increasing accessibility to help when it is sought, and multi-faceted layers of student and staff advising and support services, colleges are looking for innovative ways to proactively address student wellness needs.

Particularly among freshmen, sophomores, and transfer students, all of whom are essentially new to campuses after a year of hybrid and remote learning modalities, institutions are committing greater human and financial resources to bolster students’ mental health, transition to campus, and overall school-life balance.

In sum, the higher education arena is not immune to the changing tides, but the past two years are a mere preview of the sea change to come. We will be watching closely to see how colleges and universities respond to the confluence of social, political, economic, cultural, and environmental challenges they face. As can be expected, some will rise to meet these challenges, others will retreat, while others yet will fall.

Receive our thoughts regarding the industry in your inbox every month.